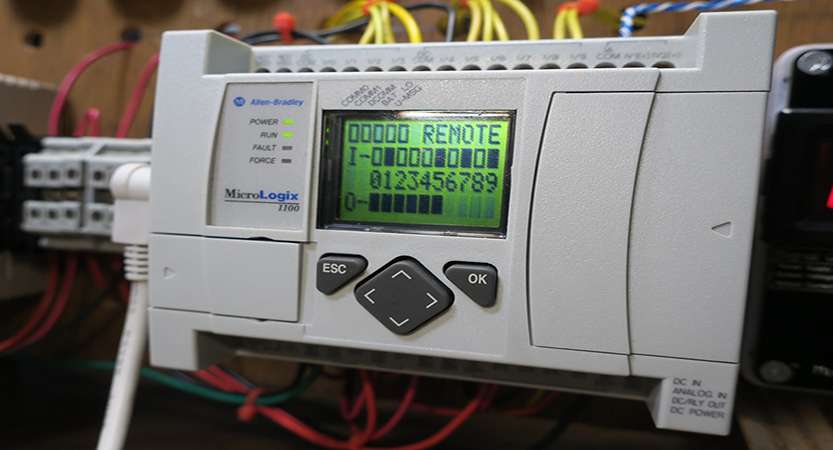 In today’s industry, many of these devices are used for the control and automation of processes. But what was it that led to the emergence of these devices? Do you know how process automation was done before the 1960s? If you want to learn what a PLC is and how it works, keep reading and you will know all the basic notions on this subject.

What is a PLC?

Before addressing any other question, we have to make the answer to this question very clear and very simple.

A PLC is a Programmable Logic Controller. It is nothing more than an industrial computer, used for the control and automation of processes. They are normally made up of numerous inputs and outputs for optimal multifunctionality.

Why did PLCs emerge?

Before the 60s all the automation systems that existed were analog, specifically known as relay logic. This logic consisted in making a specific combination in the wiring of electrical circuits using relays to achieve the desired objective. Keep in mind that, at the time, integrated circuits did not yet exist, so everything worked with basic electronics.

Perhaps for small applications this logic could work, but for large automation systems in the industry it was beginning to become obsolete, not to mention that for engineers and technicians it was a headache to have to find one or multiple faults in the system to its subsequent repair.

The emergence of PLCs dates back to the late 1960s, specifically in 1968. A call was launched for the replacement of automated relay systems. A division of the General Motors (GM) company was awarded with the project, thus creating the first PLC in history, the MODICON 084. Over the years the company went from owners to its current owner, the famous Schneider Electric, to which we will dedicate its space soon.

How do PLCs work?

They also have inputs and outputs (included), or specific expansion modules. They have a power supply (usually external) and wired or wireless communication modules. In addition to this, external peripherals can be added, such as HMI (Human Machine Interface). Having all this established, Programmable Logic Controllers are programmed to perform specific actions. These actions are based on information received by field devices (sensors and transducers) and by sending actions on actuating devices (valves, motors, heating resistors).

PLCs have a variety of programming languages that provide versatility when creating the sequence of action in the program, we have to say that the Ladder (or contact language) is the most used. Next, we will list the 3 best known:

It is necessary to bear in mind that each PLC manufacturer has its own programming and development environment for its devices, almost all with paid licenses. Of the most famous we can name the TIA PORTAL from Siemens and SoMachine from Schneider, to name a few.

If you would like us to do an article comparing these two PLC Programming Software, let us know in the comments. In future articles we will be referring to the advantages and disadvantages of using some of these PLC manufacturers.

What are you waiting for?

LOGO! from SIEMENS, what is it? Is it really a PLC?