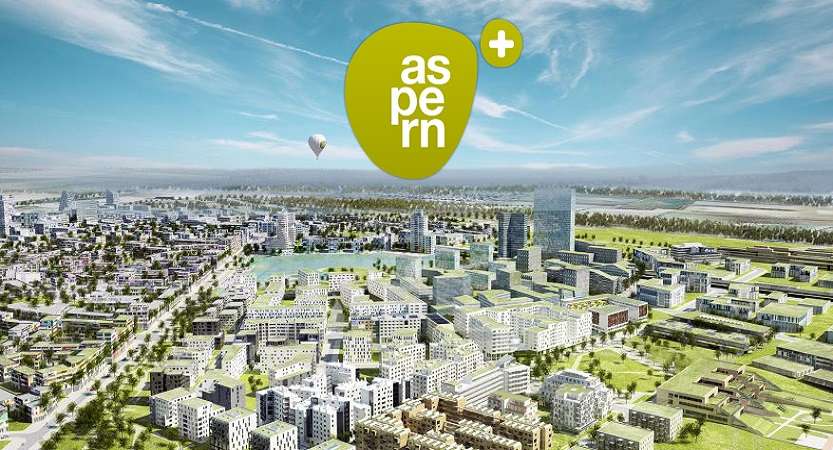 Smart cities are arguably one of the main applications of the Internet of Things. Today most devices are somewhat intelligent. Despite this, a revolutionary concept is being created in Austria, as Aspern is the first city that has been created from scratch under the premise of ‘smart city’.

Aspern City is located 14 kilometers from Vienna, the capital of Austria, which is why it is part of Smart City Vienna. At 240 hectares, it is one of the largest urban development projects in Europe. The idea has been formed since 2004 when the architect Johannes Tovatt held workshops and talks with citizens of all ages to learn their vision of “a smart city.”

This means that it uses technologies that meet our needs without compromising natural resources. What makes this city unique is that it has been created from scratch under this premise, where modernity and respect for the environment prevail.

This project has excellent transport connections. Subway lines are being built that will connect Aspern to Vienna. In addition, to reduce the emission of CO2 to the maximum, the entry of cars has been prohibited unless they are electric and the use of bicycles is promoted in the city, to the point that the delivery of packages from the city is carried out in this transport. The city’s commitment to the environment is so high that in its construction methods were used to reduce the amount of material transport trips, avoiding 4,950 tons of CO2 emissions.

As you might expect, all the homes and facilities in this city are sustainable. Many of them were made under the concept of ‘cohousing’, that is, the houses are managed and designed by those who will live in them. Another important feature is that the energy used is obtained through solar panels.

This project was separated into three phases. The first, already completed, consists of the formation of the land and construction of part of the city. After this phase, the second one is in development and consists of the city’s population and conducting analyzes to create or improve sustainable technologies. The city has been so well received that today almost 7,000 people live in the 3,000 homes already built in the first phase.

The 3rd phase, which will run between 2023 and 2030, consists of completely finishing the constructions through Aspern. After this phase, the city will have 11,000 residential properties that will house more than 20,000 people and 500 companies.

The inhabitants of this modern city have at their disposal a large number of benefits related to technology. Through an application that they have on their mobile devices, they can perform a large number of actions. They can control their devices remotely through the Internet, a classic example is to turn on the heating as soon as they arrive home. In addition, this application shows the temperature and air quality of all the habitable areas in the city and, as if that were not enough, also the energy consumption in real time. To offer tips on saving energy, monthly and yearly statistics are also available.

We hope you have found this article interesting about one of the avant-garde smart cities and the only one today that has been created under this premise from scratch. Aspern is probably the model city to follow in the not too distant future.

If there is something you want to know specifically or a topic you want to suggest, leave it in the comments. Remember to subscribe to our Newsletter and follow us on social networks.

AliExpress, the best Marketplace for your Projects