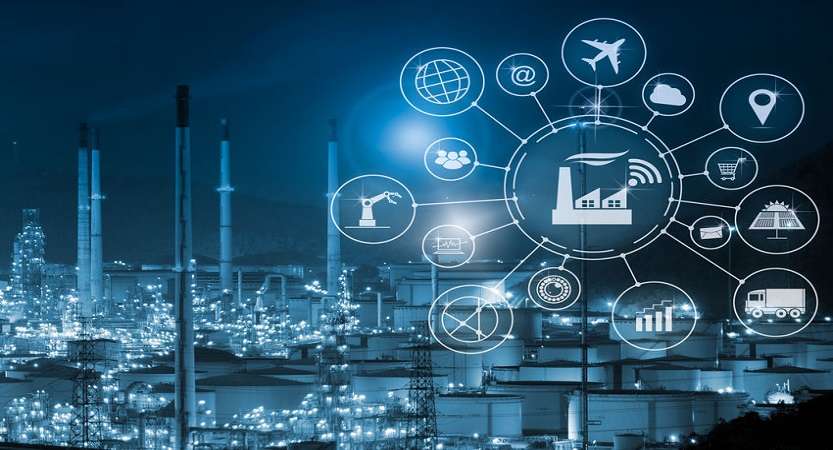 Industry 4.0 and smart cities belong to the technological advances that we owe to the Internet of Things. There are a lot of unknowns related to this topic, but it can be summarized as follows:

The fourth revolution tries to incorporate all the new Internet technology into production processes.

Industry 4.0 is about interconnecting all parts of a business, leading to effective automation and a smarter business. In this concept of industry, the union between the real and the virtual world is essential.

This new concept brings with it numerous advantages, among which we can mention:

Let’s see real examples of how Industry 4.0 is applied today.

One of the most impactful applications related to collaborative robotics comes through Ali Baba. The Chinese giant has opened the largest smart warehouse in China with 60 robots. Its impact has been so direct that human labor activity has decreased by up to 70%, below we show a video about the operation of this warehouse.

Another example of collaborative robotics we have with SAM (Semi Automatic Mason), a robot designed for the construction of walls. Created by New York-based Construction Robotics, the bricklaying robot promises to increase productivity and reduce overall labor costs. SAM requires a human partner for the details of the works, but the heavy lifting is left to the robot. While the best builder places 1000 bricks per day, this robot can place 3000, being three times faster than humans, and he never gets tired or makes mistakes. Here’s an example of how Industry 4.0 is changing the construction industry.

The food industry has also been favored with new technologies. The next video shows the benefits of these technologies in livestock. From machinery designed to milk cows to a management system that allows you to know how much milk each one has produced. All focused on increasing the efficiency of the production process.

It is estimated that by 2050, wind farms will generate 30% of the world’s electrical energy. With the advancement of technology, General Electric has been the pioneer in the creation of digital Wind Farms. Thanks to the adaptability presented by this solution, renewable energy can be harnessed in places that were previously impossible.

Audi is making its production fit for the future with the Smart Factory. In this factory of the future, Big Data, the intelligent creation and connection of large volumes of data, will facilitate manufacturing based on data and, therefore, highly flexible and highly efficient. One production method in which Audi can no longer build its cars on an assembly line, but under a radically new and disruptive concept is modular assembly. See an example of Industry 4.0 in manufacturing below.

We hope this article has been interesting for you, in which Industry 4.0 is reflected in a very simple way, if there is something you want to know specifically or a topic that you want to suggest, leave it in the comments. Remember to subscribe to our Newsletter and follow us on social networks. We also have a Youtube Channel that we invite you to visit and suscribe.

LPWAN, learn about it