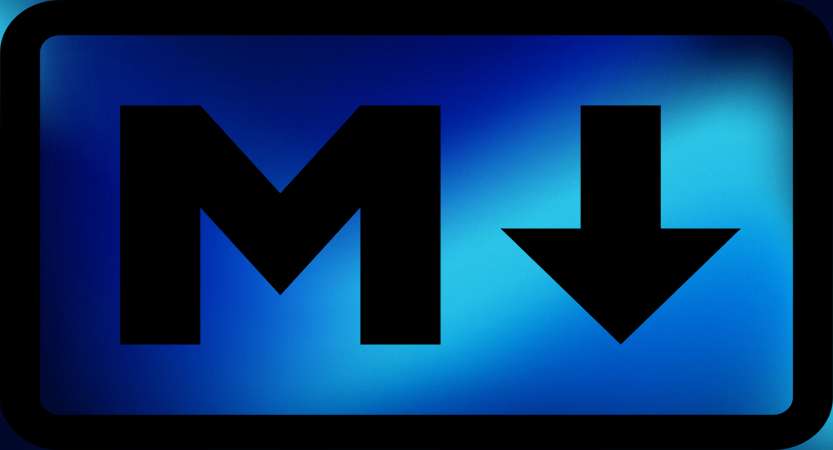 One of the areas that has developed the most since the beginning of computing is related to text processing applications. From the simple Notepad to the robust Word, numerous applications have been developed for this purpose. Our goal with this article is to present an alternative that may not be well known, but interesting named Markdown.

Markdown is a lightweight markup language with plain-text-formatting syntax. It is often used for formatting readme files, for writing messages in online discussion forums, and to create rich text using a plain text editor.-Wikipedia

In other words, the main objective of Markdown is that people can write using a plain text format with which it is easy to interact and the key to its success is the ease with which it is read, making it much more intuitive than markup languages ​​such as HTML. This allows that, knowing the syntax, the final text that will be obtained can be formatted while writing, which increases productivity once this tool is mastered.

Here are some examples of Markdown sintax to give an idea of its potentialities.

To emphasize text, the character ‘*’ is used as we shown below:

To quote, it is enough to use the character ‘>’:

To add links, the following sintax is used:

We have shown just some examples of Markdown sintax for you to have a better understanding of its simplicity. Here you can access its entire sintax.

Nowadays Markdown is pretty used in several scenarios. Famous websites like Github or Reddit have included it to infromation exchange between users. Besides, cellphone applications are using it because it is pretty comfortable to user not to stop to format each word he writes because as we saw, Markdown allows user to format while he is typing by using its sintax. On both Android and Windows, there are several applications that use this text processing tool, next we share the most popular ones:

Markdown is, definitely, an interesant option which can decrease the time we spent when typing articles, notes, etc. We shouldn’t forgett that it is a minimalist tool and that if there is something we don’t know how to solve, we can use HTML sintax because its supported by Markdown too.

Generally people reject it a bit because they don’t like to learn its notation, but once they learn it, they don’t stop using it. By our own experience, once we give it a chance to write our articles, we haven’t stopped using it.

We are interested in knowing your opinion about the article and please leave us your comments for those who have used Markdown. We hope it has been useful.