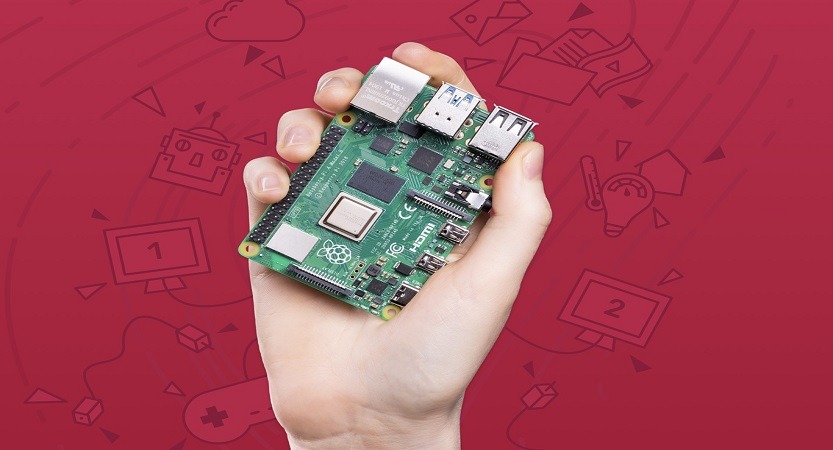 In previous articles we have introduced famous development boards such as ESP and Arduino, and in addition, we have talked about microcontrollers, which form the basis of these boards. Surely you have noticed it, but we have not yet dedicated an article to the ‘big brother’ of these boards that we have already presented, we are talking about the Raspberry Pi, and finally its time has come.

¿What is Raspberry Pi?

The Raspberry Pi is an SBC (Single Board Computer), this means that, basically, we are in the presence of a computer. Yes, you read correctly, we connect a mouse, a keyboard and a display and we are in presence of a computer for an almost incredible price (35 USD in most cases). The Raspberry Pi Foundation is primarily responsible for its creation and popularity, and its main objective was to create a board accessible to all that would promote the teaching of computer science in schools. Its success was so resounding, that in addition to fulfilling its main objective, the Raspberry Pi has become one of the flagship boards in the DIY world (Do It Yourself). If we investigate a little, we will see that it is used in all kinds of projects, from home automation and robotics to specific service servers.

Although it is not specifically indicated if it is free hardware or with trademark rights, on their official website they explain that they have distribution and sale contracts with two companies, but at the same time anyone can become a reseller or redistributor of Raspberry Pi cards. This implies that it is a product with registered property, maintaining control of the platform, but allowing its free use both at an educational and private level.

Here comes one of the key differences from the boards presented above. As the Raspberry Pi is a computer, it needs an Operating System. The recommended operating system for this SBC is Raspbian, which is nothing more than a Debian modification for the Raspberry Pi. Through this operating system we can do on our Raspberry the same thing we do on our computers. From watching movies and writing documents to surfing the Internet. 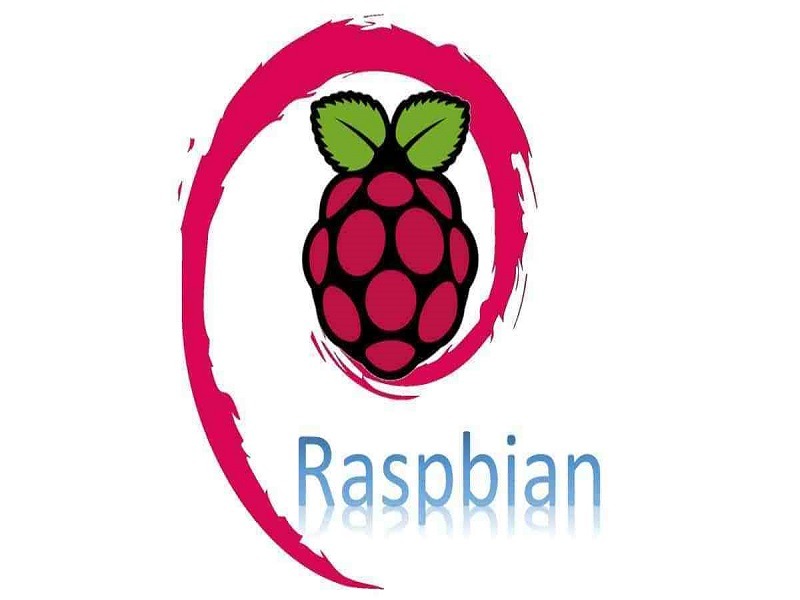 Another operating system available for the Raspberry Pi is Windows Iot Core, which is quite different from the Windows 10 that we are used to seeing. This operating system supports other SBCs in addition to the Raspberry, and its main purpose is to use the board as a specific task device. In other words, with this version of Windows we will not be able to do any of the common tasks such as watching movies and the like, but instead the operating system only raises the necessary processes and is much lighter than a ‘normal’ Windows.

There are many other operating systems that can be used in the Raspberry, most of them are Linux distros and the use or not of them will depend exactly on what we want to do. For most cases it will be sufficient to use the recommended distro, Raspbian.

To date, there are 11 Raspberry Pi models, some of which are discontinued. Since many of these models are similar and their differences are mostly related to computing power, we will only talk about two models. Regardless of this, in the comparison table all models will be reflected.

This is considered the all-rounder of these plates. It is very similar to the previous models but with a really impressive computing power. We are talking about a ‘small board’ with a Quad-Core CPU that works at 1.5GHz, being three times more efficient than the one present in the previous model. It is the first board that replaces the HDMI port with two mini HDMI. This allows it to handle a 4K screen at 60Hz or two 4K screens at 30Hz. The Ethernet port is no longer limited to 300 Mbps as in the case of the previous model and is now 1000 Mbps. In addition, it is available in three alternatives in which varies the RAM, 2GB, 4GB and 8GB. It features dual-band WiFi like the previous model and improves Bluetooth from 4.2 previously present to version 5.

We are talking about, probably the most attractive model to makers due to its size. A computer that is smaller than a 5 USD bill, doesn’t it seem surreal? Well, this is precisely what sets this Raspberry model apart. Of course it is not as powerful as other models, in fact it is 40% more powerful than the first model to hit the market. In this case we are talking about a 1GHz Single-Core CPU, not bad for many projects. It also has 512MB of RAM and replaces the HDMI port with mini HDMI, eliminates the standard USB for two micro USB, one for power and the other for data. It is worth noting that this model includes 2.4GHz WiFi and Bluetooth, this being the only difference with respect to its previous version, the Raspberry Pi Zero.

Due to the great popularity of the Raspberry Pi, many accessories have been developed for it. In this section we will look at two of the most important.

Despite being able to connect any camera to the Raspberry Pi through the USB ports (the well-known webcam), this board has a CSI connector (camera serial interface) to which the well-known Raspberry Pi cameras are connected. This interface presents a considerable improvement when it comes to processing videos and images because they are analyzed directly from the GPU, the main difference from connecting the cameras through the USB ports. We will focus here on two of the cameras, the common and the ‘night’ camera.

The camera module for Raspberry is currently in version 2. It is a high quality 8 megapixel Sony IMX219 image sensor custom designed for the Raspberry Pi. It is capable of taking 3280 x 2464 pixel still images, and also supports 1080p 30Hz, 720p 60Hz and 640 x 480p 60 / 90Hz video. The camera itself is small and weighs just over 0.11 oz, making it perfect for applications where size and weight are important.

The NoIr (No Infrared) camera module for Raspberry Pi is, equal to the previous module in version 2. We will not comment on the specifications because they are the same as those of the module already presented, to the point that they use the same sensor. These two modules offer the same benefits with one difference, this module does not have an infrared filter. This means that photos taken in the daytime will look ‘funny’, but it has the ability to take very good photos at night with the use of infrared light. This module is very popular among fans of nature because with a pair of infrared LEDs, you can observe what nocturnal animals are doing.

As with cameras, any display can be connected to the Raspberry Pi through the HDMI interface, but the Raspberry Pi has a DSI (serial display interface) connector that allows you to connect a touch screen optimized for this board.

This touch screen provides the ability to create all-in-one projects with greater mobility and interaction than an HDMI monitor. From projects such as tablets to monitoring process variables, they can be greatly enhanced by this module. It has a resolution of 800 x 480p. To connect it to the Raspberry Pi, you only need the power from the GPIO (General Purpose Input Output) and the cable that goes to the DSI connector. This module is compatible with all models except the Raspberry Pi Zero and Zero W because they do not have a DSI connector. The driver has support for an on-screen keyboard, thus avoiding the fact of connecting a keyboard to the Raspberry Pi.

And there is more

Very well, we have it clear now, the Raspberry Pi is great, it is basically a computer that for the computing power it offers has a ridiculous price and a much lower power consumption than that of common computers. Regardless of this, there is one aspect that we have not touched on and it is one of the main reasons why makers love this board, and that is the GPIO. Yes, exactly, the Raspberry Pi, in addition to being a computer, has its own GPIO, which means that if we want to acquire data from a sensor, we can do it without problems.

Very important, we do not want to fall into Arduino Vs Raspberry Pi comparisons, for this we will leave an article that will be published soon, but we will inform you in advance that this comparison does not make much sense because they are devices with different purposes. The objective of this article is not to investigate the Raspberry GPIO and its potentialities, this subject will be touched on in detail in the same article in which the comparison will be made.

We hope this article has given you a pretty solid foundation on the Raspberry topic. We anticipate you since this will be one of the plates on which we will launch more articles due to its popularity and because it is one of our favorites. If you would like to know something specific for the next articles, leave it in the comments and we will certainly take your opinion into account.

LED, how to use it in your projects?