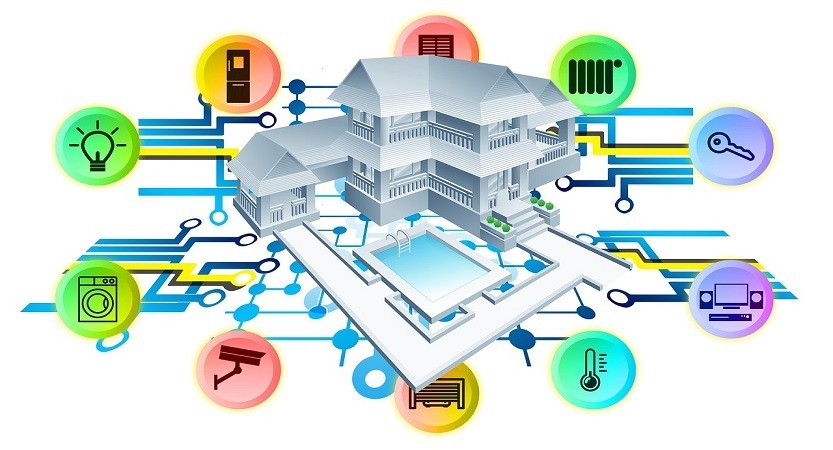 Sure, many of our readers know the meaning of the word home automation and all that it encompasses. They also know how it is used and what technological bases it understands and how to get the most benefit from its application.

On the other hand, there is another part of readers who are less experienced with the concept itself, but who surely know some related terms such as “smart home” and “automated home”. They are basically referring to the same concept of application.

Today we want to talk to you about this branch of Automation that we consider to be the future and where the development of homes is headed.

Without further ado, let’s get started!

To get into the subject we have to make it clear what the concept of home automation means, for them we will give several specialized concepts and we will reach a final consensus.

First of all we have the concept that the Royal Spanish Academy(RAE):

Set of systems that automate the different installations of a home.

I think we all understand the concept, but we are a bit short of content and technical explanation, so we will analyze others.

Systems capable of automating a home or building of any type are called home automation, providing energy management services, security, well-being and communication, and that can be integrated through internal and external communication networks, wired or wireless, and whose Control has a certain ubiquity, from inside and outside the home. It could be defined as the integration of technology in the intelligent design of an enclosed space.

And finally for the tiebreaker we have the Spanish Association of Domotics and Inmotics (CEDOM):

Home automation is the set of technologies applied to the intelligent control and automation of the home, which allows efficient management of energy use, which provides safety and comfort, as well as communication between the user and the system.

If we take the best of each of these concepts, the definition of Automatismos_Xl_Mundo would be the following:

Set of systems capable of intelligently automating a home of any type, providing energy management services (savings), security, communication and user comfort. These media can be integrated with each other by indoor and outdoor networks in a wired or wireless way.

According to Skinet Domotics, home automation dates back to the 70s when some basic temperature control systems began to be tested for the comfort of some offices.

Although it is necessary to provide as a curious fact, that in 1966 a computer the size of a room was created. The ECHO IV, as it was named, was capable of performing tasks such as controlling the television, the temperature of some rooms, and setting alarms on alarm clocks.

But it was not until the 80s and 90s with the emergence of computers that home automation took off. From this moment on, structured cabling systems begin to be installed. These systems are installed mainly in buildings and offices, for the transmission of data and voice. When some communication protocols are developed and they begin to expand towards the housing sectors, home automation goes from being a mere technological advance to becoming the future of housing.

Home automation architectures are nothing more than the way to interconnect the devices that are present in our “smart home”. There are three types of architectures.

Sensors are an essential part of a home automation system. It is the element that is in direct contact with the physical quantity to be evaluated. Next, we will show some of the types of sensors most used in home automation.

With the development of technology and control systems, many devices capable of being used for the processing of variables and the control of the operations of a home automation system have been seen. We can cite several examples such as PICs, Raspberry Pi, Arduino and PLCs to name the most famous. We invite you to take a look at our articles on these last two controllers.

In this case, PLCs are the natural option chosen by companies when automating home automation systems thanks to the versatility and robustness that these equipments provide. Although we have to mention that there are many, many home automation projects that are used on a smaller scale with Arduino and Raspberry Pi.

Security: It is based on a safety net that is responsible for protecting both personal property and people. Perimeter protection applications and the protection of the interior of the home are the most used.

Economy: The economy is directly related to energy saving, in this way, the electrical management of the home is one of the most important arguments for the implementation of home automation.

Home automation systems are not usually cheap, the investment made takes a few years to recover, always depending on energy and other expenses that can be optimized with this system. This technology is highly recommended today and goes hand in hand with the development of the real estate industry. Its implementation in recent years has occurred exponentially, especially with the development of the Internet de las Cosas(IoT), so we will see much more technological development aimed at interconnection.

HMI, everything you need to know about